So you know the sun causes more than just sunburn; it causes visible signs of aging on your skin. And as the years pass by, it may become more and more apparent. Or perhaps there’s an expert inside of you who wants to know more about sun-induced skin aging and what to do about it. Either way, the effects of the sun on our overall look is astounding. Keep reading to find out!

Skin aging, sun aging, photoaging: What does it all mean?

Over time, our skin may show signs of aging such as wrinkles, lack of firmness, and hyperpigmentation. Aging is not just down to the passage of time though, despite what you’d think: external factors like high levels of pollution, tobacco, stress, or sun exposure can alter skin appearance and even its structure – these external factors are called the exposome.

The external factor with the biggest impact on the skin – by far – is the sun.  In a 2013 study, F. Flament et al. studied the effect of sun exposure on facial aging, known as photoaging, with fascinating results.

Keep in mind that dermatologists often refer to photoaging by other names—photodamage, solar damage, or the more general term sun damage. Here at ISDIN, we call it photoaging.

What percent of aging is caused by the sun?

The investigative study involved 298 Caucasian women in Montpelier, France (where the skin is naturally exposed to high levels of radiation from the sun). The women were divided into two groups according to their habits regarding sun exposure:

The investigation used women with different skin types: dry, oily or combination, and the study was also well-balanced across different phototypes.

The results? Eighty percent of visible aging on the face is from the sun.

Through the study, researchers found that the sun is greatly responsible for visible aging in a woman’s face (including wrinkles and pigmentary disorders). While that might seem like a huge percentage, it means that 80% of skin aging can also be protected against and repaired over the years. Let’s take a look at how.

How do you help prevent further sun damage?

It’s possible to help prevent additional sun damage. Hence why we always say the following: it’s never too late to start your photoaging beauty routine! To help with that, we’ve broken this down by category to best tackle skin woes caused by sun damage.

Wrinkles in general, especially around the lips, are signs that can make a person look older than their age earlier. Both wrinkles and skin texture are influenced by the natural aging process and photoaging (aging caused by the sun), depending on your attitude to the sun and how much you are exposed.

In Flament et al.,’s study, evidence showed that the ‘sun-seekers’ had more wrinkles than the ‘sun-phobic’ women, especially after the age of 50.

Photoaging has an impact on our appearance and the effect of UV exposure increases with age, meaning that the older we are, the more the sun affects our skin.

“Indeed UV exposure seems to be responsible for 80% of visible aging signs.”

Flament et al.
Effect of the sun on visible clinical signs of aging in Caucasian skin.

The sun makes you look older, especially when you are younger

The researchers conducting the Flament et al. study wanted to understand how photoaging affects our age in the eyes of others. We often perceive that there is a difference between how old someone looks and what their real age is. There are clues that help us to estimate someone’s age, but facial features are where most look to first.

30 volunteers were asked how old they thought the women in the study were, and the results were then compiled. Almost unanimously, the women who had experienced some degree of photoaging were perceived as older than their actual age. The women, on the other hand, who protected themselves from the sun – the ‘sun-phobics’ – in general were perceived as younger.

The effects of sun damage on our skin are serious, but it is never too late to start taking care of your skin! Start taking the right steps now to protect from UV rays, repair existing damage and correct the visible signs of aging. Check your UV index right now here!

Read more on how to protect your skin against photoaging.

What Is Melanoma and How to Detect It

How to Protect Your Skin against Photoaging

Combat eye bags, puffiness, and dark circles in one gentle stroke with our K-ox Eyes🤍✨

Last call to kick off the year with savings and your best skin yet.✨🖤

Go for the glow with our ✨GLICOISDIN✨

Save 15%* on essentials to put those New Year’s skin resolutions in reach.

Sunscreen is still non-negotiable
Protect yourself from UVA rays (they even reach you indoors!) with Eryfotona Ageless.☀️

Keep protecting your skin even in winter with our New Year Sale.✨

Melatonik is one of ISDIN's top-selling and award winner night serums for a reason. It harnesses the power of melatonin, vitamin C, and bakuchiol to help skin recover as you sleep. 🌜⭐⠀

Enjoy 15% off on our Melatonik for a limited time. ✨

❄ Pro-tip to renew winter skin: apply a hyaluronic acid serum after your eye cream, both morning and evening.

Use code CHEERS15 at checkout.

✅ For dry skin, a chemical exfoliant like glycolic acid is ideal. Reach for Glicoisdin for glowing, even skin all season long ✨ ...

Treat your loved ones (and yourself) to healthy, beautiful skin ✨

Enter to win these festive favorites with our Holiday GIVEAWAY.

Important: the lucky winner will be contacted via DM from the verified @isdinusa handle. Please do not reply to any other account requesting personal information and credit card details, in regards to this giveaway.⠀⠀⠀
⠀⠀
NO PURCHASE OR PAYMENT OF ANY KIND IS NECESSARY TO ENTER OR WIN AND NEITHER A PURCHASE NOR PAYMENT WILL INCREASE YOUR CHANCES OF WINNING. Sweepstakes is open to all legal residents from the state of New York, eighteen (18) years of age or older at the time of entry. The Sweepstakes Entry Start/End Dates. Sweepstakes begins at 10 AM (Eastern Time (“ET”) on July 29th, July and ends at 23:59 PM ET on August 5th, 2022 (“Sweepstakes Period”). Participation requirements: to follow @isdinusa, to comment and like the post dedicated to the Sweepstake answering the question included in said post. Sweepstakes subject to Official Rules at http://isdin.us/IsdinHolidays Sponsor: ISDIN Corp. ...

Our 100% mineral sunscreens have earned their award-winning status because of your support.❤️

Eryfotona Acticina: the ultralight mineral formula melts into the skin🧡

Shop now and discover them for yourself! 👆🏻

Enter Age Contour: its rich formula protects against daytime damage from pollution and minimizes the look of fine lines ☀️

Left a few gifts for the last second? We won’t tell. And neither will our expert formulas, designed to delight everyone on your list.

Shop today and get free express shipping on any order $140+ 🎁

Eryfotona Actinica - it's kind of like that loyal, protective best friend you can't get enough of.

Take winter skin from stressed to serene with this nourishing AM skincare routine. ❄️✨

✨By far the BEST product. After three months of use, I've noticed my dark spots are almost all gone! I will never leave the house without applying. I recommend this to all my friends and family - it's the perfect Christmas gift!"

Thanks for the Melaclear Advanced love, Tina! ✨ 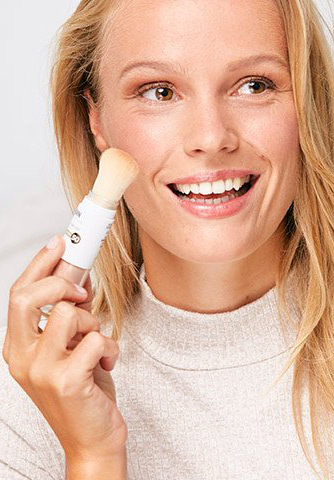 Sign up now to get 10% OFF* your first ISDIN order.

By signing up, I agree to receive emails from ISDIN. If you wish to have more information, please visit our Privacy Policy